Once your contest station grows bigger and you add more antennas to turn, it becomes quite annoying to move around the physical rotator controllers between the operating positions inside the shack. Desperate for a better solution, I developed a server software which provides access to the Rotators through the network. Now all rotators can be controlled either directly through Win-Test, TCP socket, or through a Web-Interface.

Over last 8 month I was digging deep into Web Development. The result went yesterday public, DXHeat.com. Instead of building just another Web DX Cluster, I tried to build something innovative with new, unique features. Best is to check it out by yourself!

My A73A presentation at the Contest Forum

26. June 2012 in Contesting
Last weekend I was invited to speak in the Contest Forum at HamRadio convention in Friedrichshafen, Germany. The presentation was about our Contest Activity from northern tip of Qatar. We participated in the Multi/Multi category and used almost exclusively verticals antennas. For everyone who missed the event, here are the slides!

In preparation of the upcoming CQWW 160m Contests my friend Hannes, DK1NO was so kind to give me one of his W7IUV broadband, high IP3 preamplifier. Thanks, Hannes! Without knowing the exact performance data, I ran a few measurements with my Network Analyzer on the amplifier to determine the Gain and it’s operational fitness. Read on for measurement results and additional notes on how to measure active components.

In CQWW 160m we are planning again a serious participation. This time we want to errect a 2el vertical Array for 160m towards the US. In this post you will find some detailes regarding our unique situation and some design thoughts.

During my stay in Ecuador I was able to operate two days under my US Callsign as HC2/AL1O. Special thanks to my host Alberto, HC2AQ who offered me his shack. Within two days, 1700 QSOs found their way into the log. 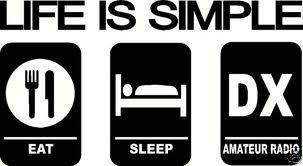 It finally happend… After a decade of reliable service, my Alpha91b amplifier broke. Most likely on it’s way to Spain one of the tubes broke. During the comissioning at ED1R, fire & smoke shot out of a chimney. The first shock was big, but a few measurements confirmed that just the tubes were broken. In this blog post I will share the knowledge I gained during during debugging, comissioning and breathing new life into the amplifier.